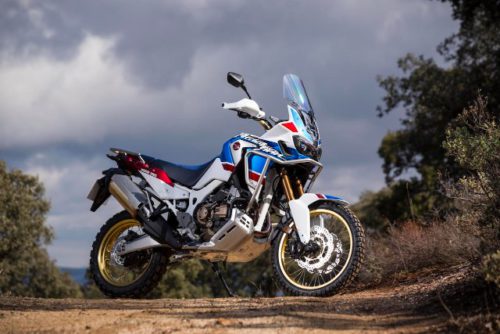 Honda’s legendary Africa Twin has a heritage dating back to it’s Paris-Dakar Rally domination in the late 1980s. With legions of passionate riders worldwide, this bike is truly a standout machine.

The Africa Twin Adventure Sports is by no means a replacement for the already dirt-capable Africa Twin, but it is being marketed by Honda as a bike that encourages you to “go farther”.

It was built in homage to the big desert racers of that era of the Paris-Dakar Rally (now known as the Dakar Rally, bikes are now limited to 450cc).

In 2003 the Africa Twin ceased production. Good secondhand examples are very much in demand these days by Africa Twin enthusiasts.

From 2016 to present the CRF1000L revived the Africa Twin name. It was designed by Honda in response to the heavier adventure touring motorcycles like the BMW R1200GS and KTM 1190R.

The first prototype of the CRF1000 was revealed at the 2014 EICMA International Motorcycle Show in Milan, Italy. 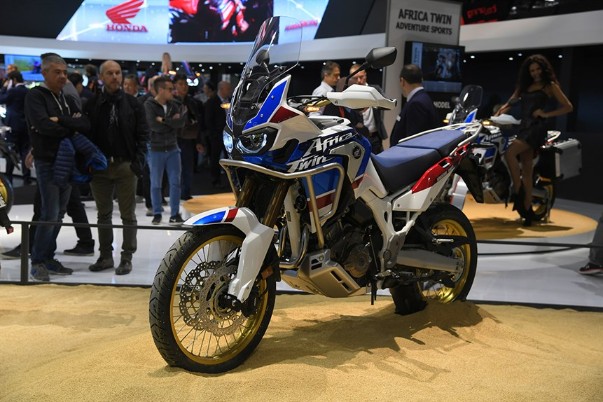 After the event, Honda began releasing a series of videos entitled “True Adventure” which documented the history of the Dakar Rally winning Africa Twins in the late 1980s in anticipation of the new Africa Twin release.

When the CRF1000L Africa Twin was released in 2016 it was a homage to the competition successes of the XRV650 and XRV750.

It is the “True Adventure” mantra that drives the Africa Twin platform. Now that spirit expands with the introduction of the CRF100L2 Africa Twin Adventure Sports.

Both the base model and the Adventure Sports model feature a wide range of updates to the engine, electronics, and rider interface while continuing to keep the power to weight ratio competitive.

The Adventure Sports DCT model is $19,999. All models now come standard with ABS which increases the price on each model by about $500. 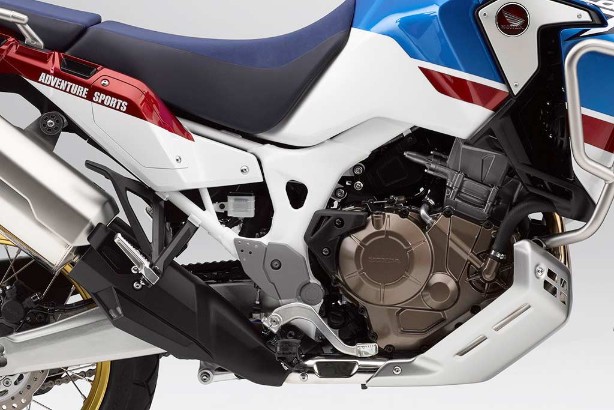 The balance between power and weight is the Africa Twin’s secret, a key component to the bike’s user-friendly nature. The 2018 model is a modern-day all-rounder, popular with casual tourers and off-road adventurers alike. It offers a usable engine performance in a chassis that works well on-road as well as off-road.

The standard model CRF1000L receives a host of upgrades to both the manual and Dual Clutch Transmission version (DCT) that enhance the owning and riding experience.

Upgrades for the Standard Model CRF1000L

What does the Adventure Sports have over the Standard Model?

The Adventure Sports has all of the upgrades of the standard model, plus the following: 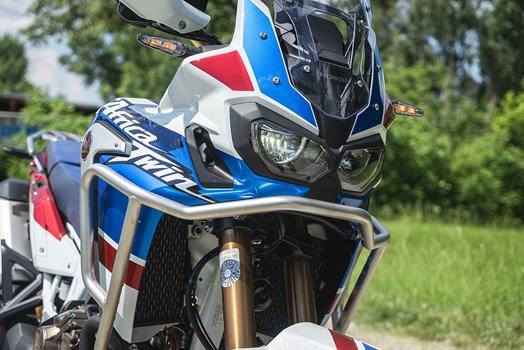 The Africa Twin Adventure Sports’ styling is less minimalistic than the standard model. Dual headlights are shared by both models, but the Adventure Sports has a larger fairing matched with a taller (by 80mm, 3.1 in.) windscreen for greater wind protection.

The Adventure Sports also comes with heated handgrips and 12v accessory socket. It also has a larger sump guard and comes fitted with front light bars.

Aluminum side cases are available, as is an aluminum top box with mounting specific to the Adventure Sports. The 6.37-gallon fuel tank is 1.4 gallons larger, extending the range of the bike. 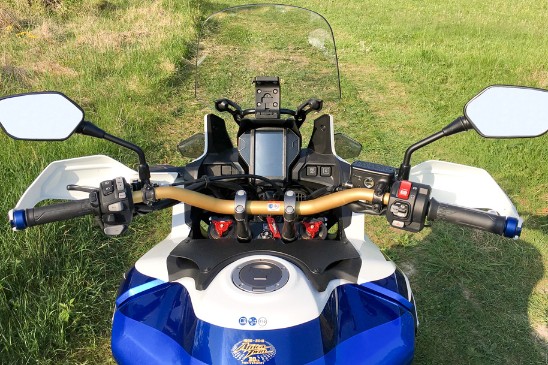 The instruments are also positioned at a shallower angle to allow the rider to see them more easily in a standing position suited more for off-road riding.

The 2017 Africa Twin had three levels of HSTC, plus OFF, the 2018 system features seven levels.

Level 1 for aggressive off-road riding, through to level 7, for maximum security on wet tarmac. You can still turn the HSTC completely off.
There are also three levels of Power and Engine Braking available. 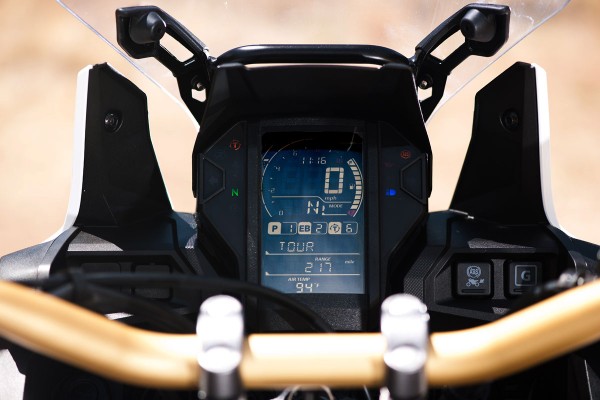 Three modes of gear change are available. Manual mode, which allows the rider to operate gearshifts through triggers on the left handlebar, and two automatic modes.

An incline detector adapts shift pattern depending on the road gradient.

The extra benefits of DCT are durability (gears cannot be damaged by missing a shift), the impossibility of stalling, easier urban riding, and reduced rider fatigue. 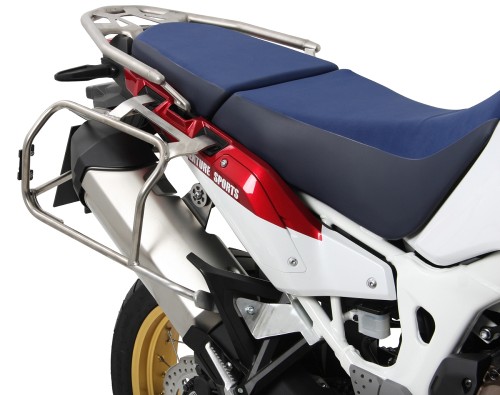 For the rider wanting to do some long-distance riding, and loves the gnarlier side of off-road exploring, the Adventure Sports is the obvious choice.

The taller seat height and longer travel suspension mean that for someone that is not close to 6 feet tall or over, it may feel a bit intimidating. The standard model, still very capable in the dirt, may be a more suitable option.

The only things missing on the Adventure Sport are the cruise control, and lack of a center stand, which seems like a frustrating cost-cutting or weight-saving measure.

Not having cruise control, especially when the bike is equipped with Ride By Wire throttle will be something that a lot of long-distance riders will miss, especially given the long-range travel possible with the increased fuel tank size. Maybe it will be included in the 2019 model.

But whether you’re a casual tourer, or someone that likes to find some seriously out of the way places off-road, the Africa Twin Adventure Sport may be as close as you can come to being the one bike that does it all.

With all that Dakar history bred into it, it’s easy to see why the bike has achieved legendary status.

For more on the Dakar Rally, check out: Famous Dirt Bike Events

If you are one of the thousands of Africa Twin riders out there, please feel free to share your thoughts on the bike. What are your experiences with the Africa Twin?