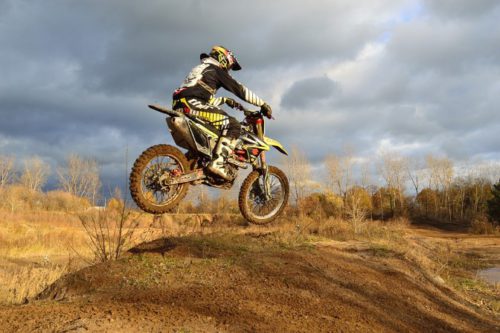 Dirt Bike riding can be a dangerous sport, but it’s as dangerous as you make it. Here are some Dirt Bike safety tips so that you can dramatically reduce the chance of injury.

Riding through the forest on a dirt bike is an exhilarating experience, but you need to be careful about how you ride and how you prepare.

Of course, anything that’s exhilarating has its risks. The same could be said for riding BMX, mountain biking, playing football, surfing, skiing.

Statistically more than half of the dirt bike injuries resulting in a hospital stay are from racing at an official track.

My own experience is reflective of that. I have broken my collarbone twice, ankle, and wrist, all while competing on a track. I have never broken a bone trail riding, so if you use your dirt bike for trail riding, your risk is dramatically reduced.

If you’re a parent and are considering letting your kids get into dirt bike riding, should you be concerned? Of course you should, but at the same time, you can’t wrap them in cotton wool. You don’t want to kill their adventurous spirit.

Sure, there are safer ways for them to have fun, like playing on their ipads or computer games. Getting them off of their devices and outdoors having some fun is every parent’s challenge these days.

If you already ride dirtbikes yourself and are looking to ride as a family, you already have a pretty good idea of how to reduce the dangers for your kids. There are some things you can do to minimize the dangers as listed below. 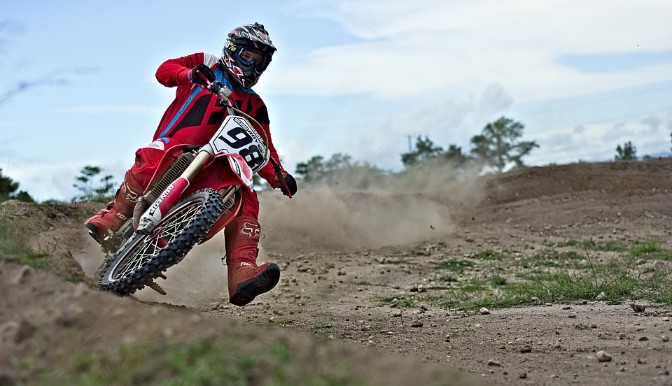 Are ATVs any Safer?

If you’re considering ATVs as a safer alternative, you may be interested to know that statistically, you’re a lot safer on a dirt bike than an ATV.
The perception is that ATVs are safer than dirt bikes because they have four wheels and therefore must be more stable.

Statistics have shown that victims of ATV crashes are 50% more likely to die of their injuries than riders of dirt bike crashes.    <Source>

There are several reasons for why this may be: 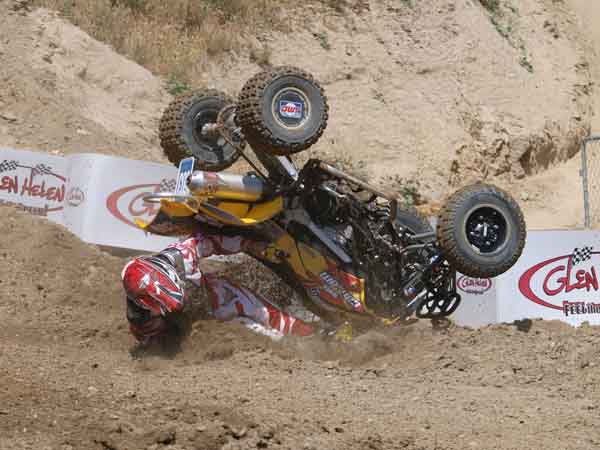 Of all the dirt bike injuries resulting in hospitalization, more than half occurred while racing at an official track, even though only a small percentage of dirt bikes are used for racing. Motocross and Supercross are far more likely to cause injury than trail riding.  <Source>

How To Stay Safe While Dirt Bike Riding

It helps to be aware of the most common types of injuries in order to take steps to avoid them.

If you’re thinking of getting into riding dirt bikes, here is a list of some of the most common injuries, and some suggested riding gear that will help minimize an injury.

Dirt Bike riding can be a dangerous sport, there’s no getting around that. But if you make a few simple changes to the way you ride, and how you prepare, it can be a great family activity.

None of this stops your enjoyment of the sport, most of it is just common sense.

Get out there and have some fun!

What are your thoughts on Dirt Bike Safety? Please feel free to leave your comments below.