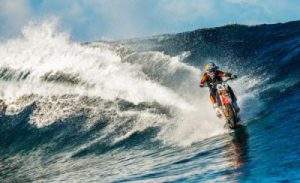 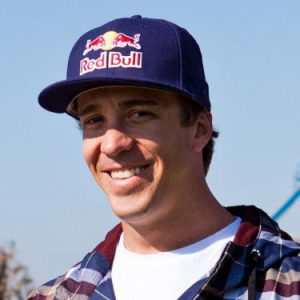 He started his career competing in national motocross and supercross events, but developed a passion for freestyle motocross (FMX) and entered his first FMX event in Bachus Marsh, Victoria, and ended up winning both the amateur and pro event.

In 2004 he won Gold at the X Games at Australia’s Wonderland completing 13 backflips.

He has since gone on to be regarded as one of the best FMX riders of all time.

Some of Robbie’s Most Famous Stunts

Robbie holds the world record for the longest motorcycle jump. 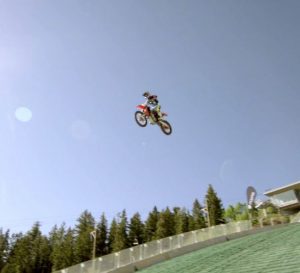 Robbie teamed up with Skullcandy and Red Bull Media House’s On Any Sunday to record a video called ‘Drop In’.

Robbie is featured in the Movie ‘On Any Sunday, The Next Chapter’ which you can see more of in my post Dirt Bike Movies – 5 You Must See 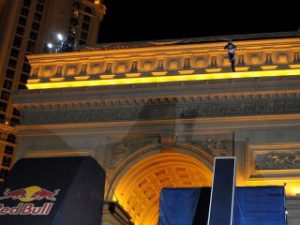 On January 1, 2009, live on ESPN, Robbie jumped his Yamaha YZ250 96 feet up onto the top of the Arc de Triomphe replica in front of Paris Las Vegas.

He then dropped 80 feet back down to land safely on a ramp at ground level.

He didn’t walk away from it completely unharmed. He tore the flesh between his thumb and forefinger on landing from the freefall, requiring 10 stitches.

“A little memento to take away from the trip, a little souvenir.” 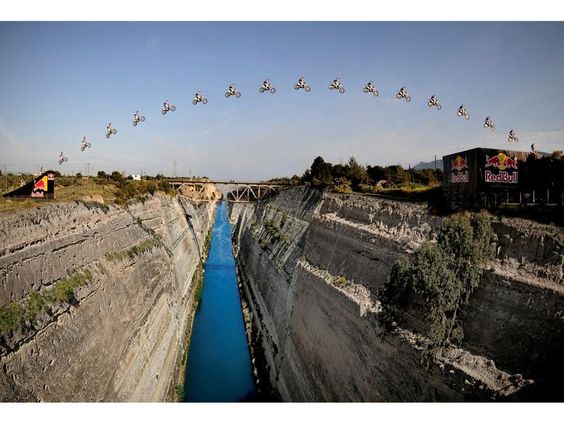 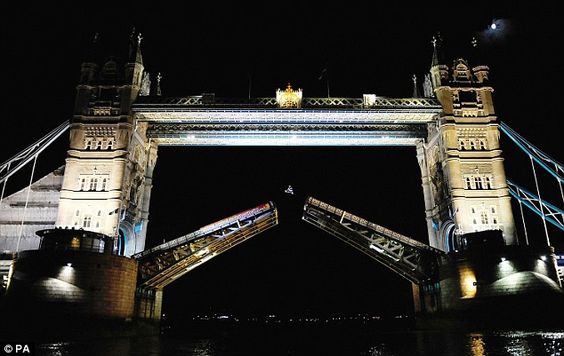 On July 2009 Robbie jumped the Tower Bridge in London whilst the bridge was raised, throwing in a backflip for good measure. With a potential fall of 200 feet to the water below, it was a jump not to be scoffed at.

To see videos of the Tower Bridge and Corinth Canal jumps, and some other awesome clips click Here

Riding a Dirt Bike On Water

In 2015 Robbie traded dirt for water when he took his specially fitted out bike to the waves in Tahiti to film ‘Robbie Maddison’s Pipe Dream.’

The stunt was three years in the making. There are plans underway for a Pipe Dream 2, which he plans to film as soon as there’s a monster swell off the coast of Mexico. 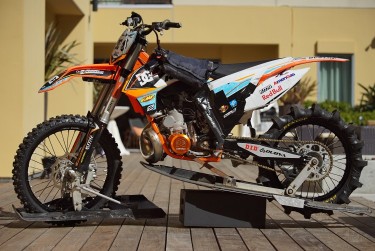 Robbie Maddison’s water bike. The bike has been fitted with water skis to each wheel and a hill-climbing tire on the rear wheel. “It works exactly like the wheel of a paddle steamer,” says Robbie.

I can’t wait to see what Robbie Maddison will come up with next. Be sure to keep a lookout for updates to this post.

Is there another famous rider you’d like to see a Bio on? Please feel free to leave me a comment below.